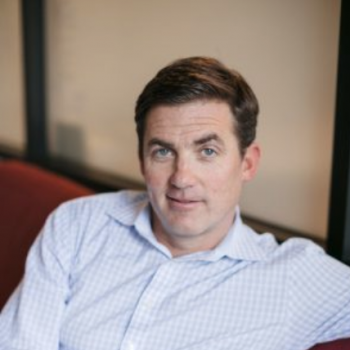 Artie Minson is a senior global executive with a wide range of experiences across the technology, media, entertainment and real estate industries. He has held CEO, President, COO and CFO roles in a large scale turnaround, a Disruptor 50 company and a Fortune 100 company.Minson is currently Founder and Managing Partner of 715 Capital Partners which provides startup capital and operational advice to a number of companies, with a particular focus on technology enabled membership / subscription, real estate and unit economic businesses. Current investments include Flatiron School (Investor, Senior Advisor and Board Observer), Your Auto Advocate (Investor, Senior Advisor and Board Observer), Two Birds (Investor, Senior Advisor and Chairman of the Board) and Trullion (Investor and Senior Advisor).Prior to founding 715 Capital Partners, Minson was co-CEO of WeWork. Minson, along with the rest of the senior management team, successfully stabilized the company by refocusing WeWork on its core co-working business, selling non-core assets, significantly restructuring WeWork’s global operations and securing long term funding for the company. For the four years prior to being named CEO, Minson held the title of President, along with either Chief Operating Officer or Chief Financial Officer depending on the company’s needs and priorities. Minson’s areas of responsibilities during this time of significant growth included P&L responsibility for the global operations and oversight of corporate functions including finance, legal, corporate development, corporate communications, government affairs, information technology and human resources. During this tine WeWork revenues grew from approximately $100 million in annual domestic revenue to $4 billion in revenue with operations in 40 countries.Prior to WeWork, Minson served from 2013-2015 as Executive Vice President and Chief Financial Officer for Time Warner Cable, the country’s second largest cable operator with approximately $25 billion of revenue and $8 billion of EBITDA. Minson was a member of the senior management team that oversaw the development of a business plan that helped accelerate Time Warner Cable’s growth. Minson also worked closely with CEO Rob Marcus in the negotiations for the sale of Time Warner Cable to Charter Communications. Minson’s careful stewardship resulted in an approximate 100% increase in Time Warner Cable’s stock price during his two years as CFO.From 2009-2013, Minson served as AOL’s Chief Operating Officer and Chief Financial and Administrative Officer. During this time, AOL returned to revenue and EBITDA growth and experienced an approximate 3x improvement in stock price during Minson’s last two years at the company. Minson’s areas of responsibility included finance, legal, human resources, corporate communications and corporate development, as well as full P&L responsibility for AOL’s subscription, search and communication products and services.From 1998-2009, Minson held senior financial and operating roles at Time Warner (Executive Director of Finance), AMC Networks (VP of Business Operations and Senior Vice President of Finance), AOL (Senior Vice President of Finance) and Time Warner Cable (Deputy Chief Financial Officer). Minson began his career in 1992 in the Audit Practice of Ernst & Young where he became a CPA.Minson holds a BS in Business Administration with a major in Accounting and a minor in Government from Georgetown University, an MBA with a concentration in Finance from Columbia Business School and in 2017 he was awarded an Honorary Doctorate from Georgetown University.Minson previously served two terms as a member of the Board of Regents of Georgetown University and is currently a member of the Board of Trustees of Regis High School.Minson, born in Rockaway Beach, Queens currently resides in Darien, Connecticut with his wife Theresa and their sons Sean, Owen and Conor.