The Georgetown Venture Fellows Program is designed as a unique one-year apprenticeship in a venture capital or private equity firm. Students gain valuable hands-on experience in VC/PE, while firms benefit from high-quality work and the continuity of having an “intern” for longer than a few weeks.

The Venture Fellows program is run by the Georgetown Entrepreneurship Initiative in conjunction with the McDonough School of Business MBA Program and the McDonough Career Center, along with generous assistance from a faculty group led by Professors Sezer Ulku, Sandeep Dahiya, and Jeff Reid.

The Georgetown Venture Fellows Program provides a unique opportunity and not ideal for everyone. Undergraduate students (sophomores and juniors graduating in 2022 or later) and full-time first-year MBA student are eligible to apply; international students must have completed at least one full year of academic studies as of January 1, 2021 to apply, in compliance with US immigration and labor laws. 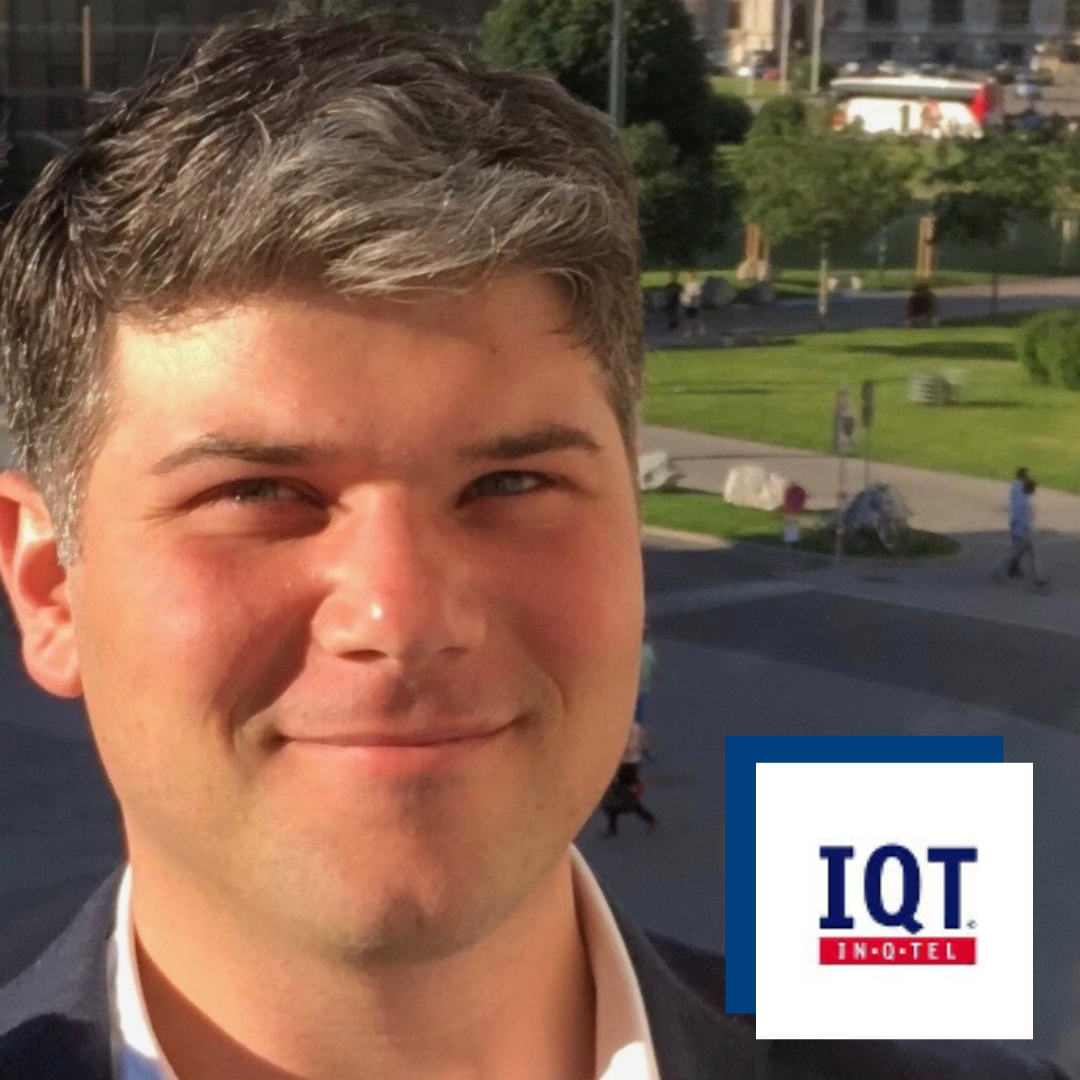 Prior to joining In-Q-Tel, James co-founded Carvoodoo, an on-demand car care and maintenance platform that connects vehicle owners with service providers. Prior to that, he was the Manager of Business Development & Financial Analysis at Zya, an LA-based venture-backed music technology startup (since acquired by Google).

In all, James has over seven years of professional experience working with emerging companies as an investment banker, business development manager and startup founder and is passionate about empowering new ideas that have the power to both create value and enhance people’s lives. James holds a B.A. in Economics and Political Science from Vanderbilt University and is currently pursuing his MBA at Georgetown University’s McDonough School of Business.

In-Q-Tel is a not-for-profit venture capital firm that invests in cutting-edge technologies critical to the US national interest, accelerating both their development and their delivery to US national security agencies. Its work bridges the gap between the challenging technology needs of its government partners, the rapidly changing innovations of the startup world and the wider venture community that funds those startups. 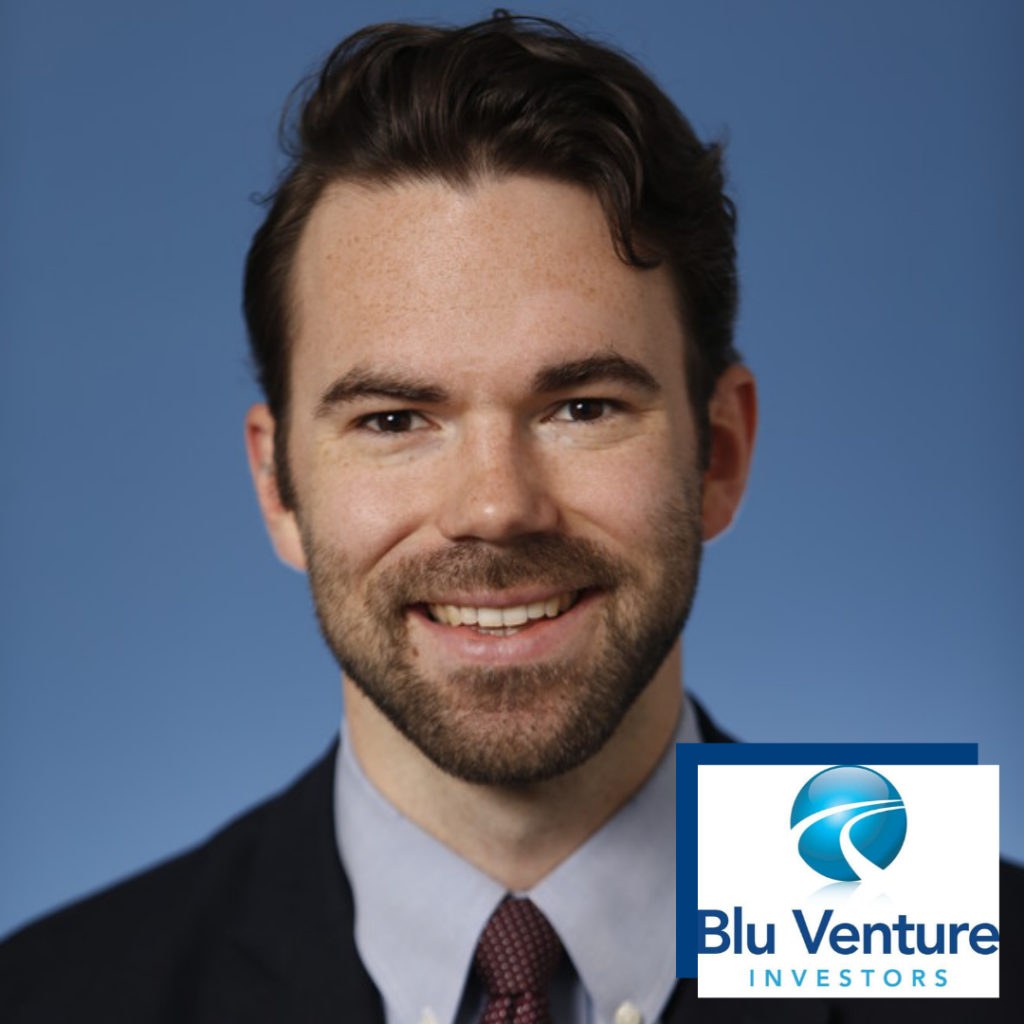 Before joining Blu, Josh was the Assistant Director of the Africa Growth Initiative at the Brookings Institution, where he managed research projects focused on political and economic analysis of sub-Saharan Africa and led initiatives on understanding how business innovations, technology, and private-sector investments can accelerate developing economies. He is currently an InSITE Fellow, providing consulting services to startups in the Washington, D.C. area, and serves on the board of the Entrepreneur and Venture Capital Club as VP of Venture Capital. He holds a B.A. in History and German from Indiana University and is currently pursuing an MBA at Georgetown University’s McDonough School of Business. 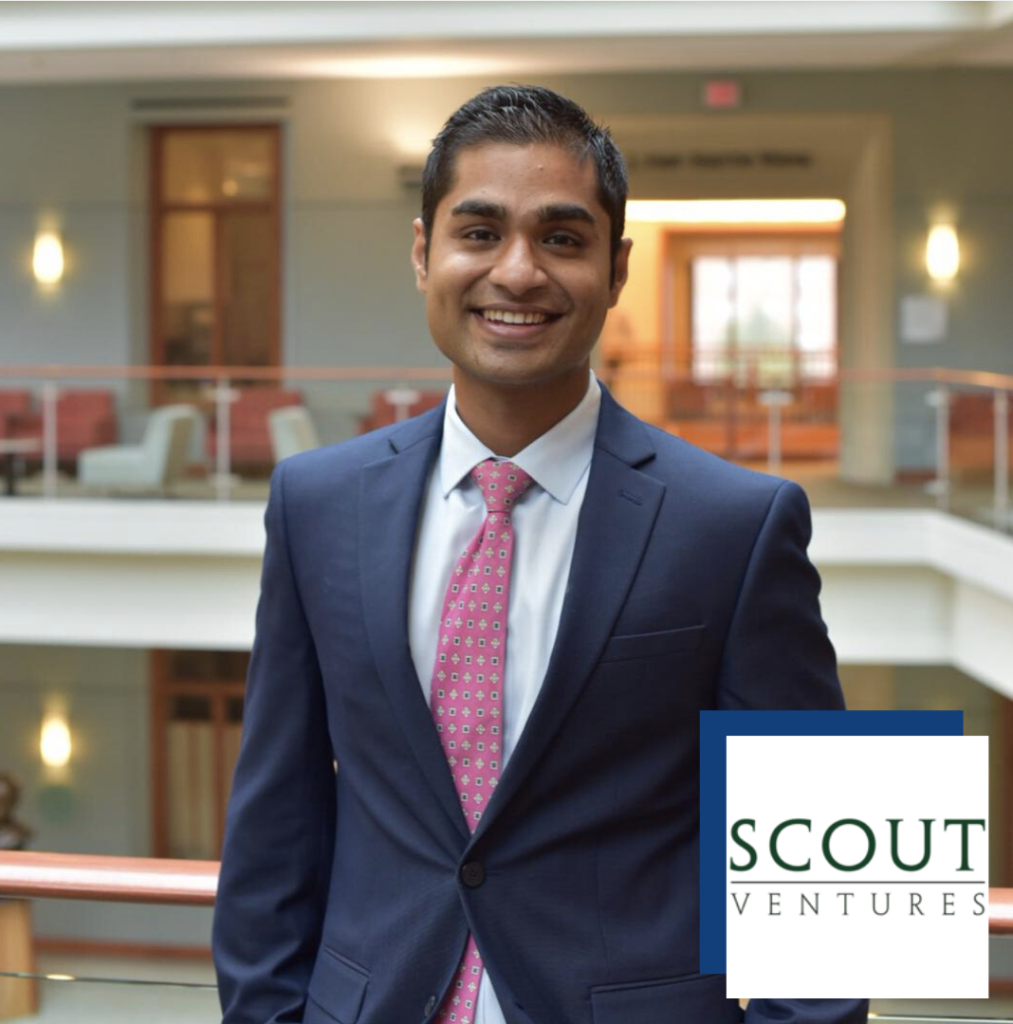 Prior to joining Scout, Deepak worked as a Senior Consultant for Capgemini Consulting’s Insight Driven Enterprise practice advising financial services, telecommunications, and pharmaceutical clients on a variety of AI and Automation related challenges. He is also an InSITE fellow and currently serves on the board of the Entrepreneurship and Venture Capital Club as VP of Social. Deepak holds a BA in Math from University of Maryland, Baltimore County, and is currently pursuing his MBA at Georgetown University’s McDonough School of Business. 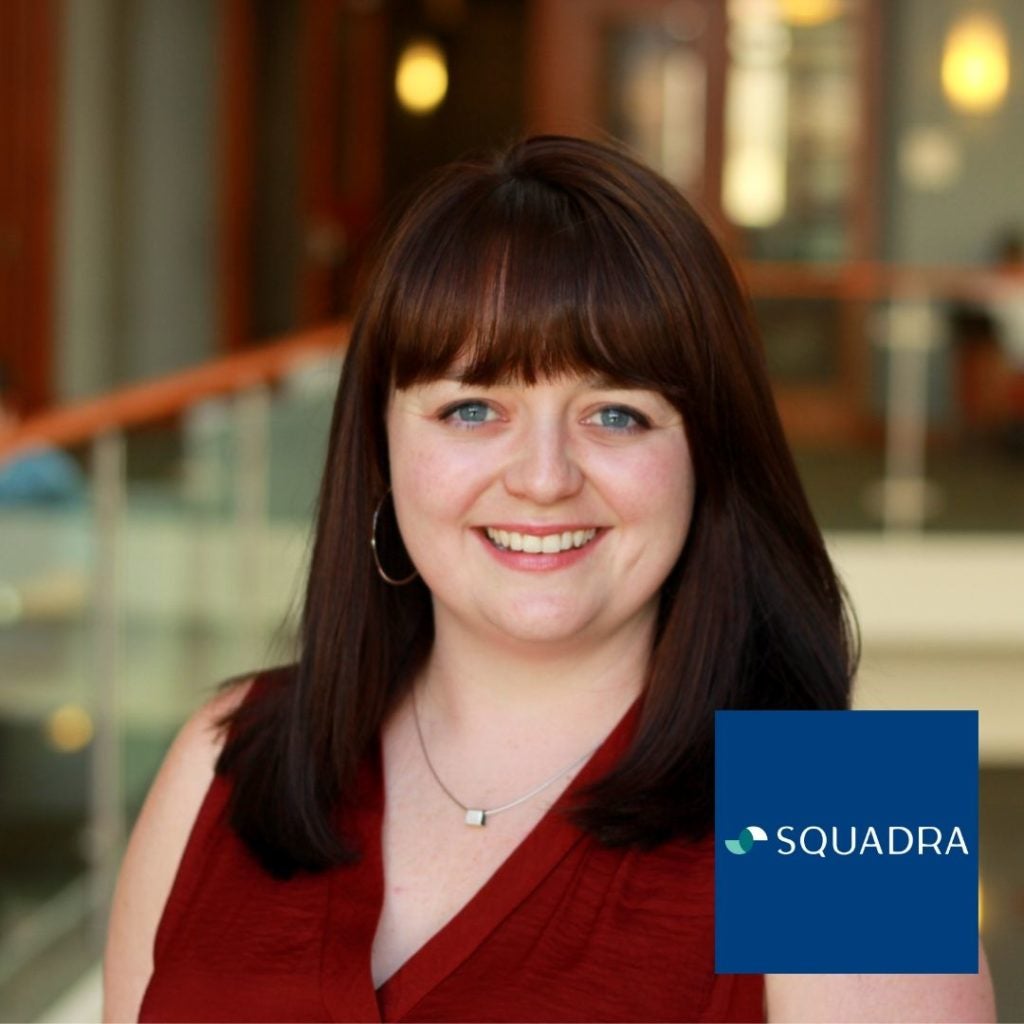 Arianne Price returned to business school after five years working in democratic politics. She served as the Director of Scheduling and Operations on Kyrsten Sinema’s winning campaign for the US Senate in Arizona in 2018, and has also worked as a fundraising and management consultant for campaigns and nonprofits. She is passionate about helping people and organizations with big ideas grow and scale, operate efficiently, and thrive in an ever changing environment.

Squadra Ventures is an early-stage venture capital fund founded by experienced operators. We lead rounds and apply significant resources, working hand-in-hand with the entrepreneurs, to help our portfolio companies win and leave a lasting positive impact on the world. The fund invests in enterprise software, cybersecurity, and data analytics companies in the DMV and Mid-Atlantic region. Arianne works on the Portfolio Operations team, helping to add value to invested companies in operations, business development, messaging, and hiring. She is thrilled at the opportunity to learn from and work with founders and help achieve Squadra’s goal of “making magic.” 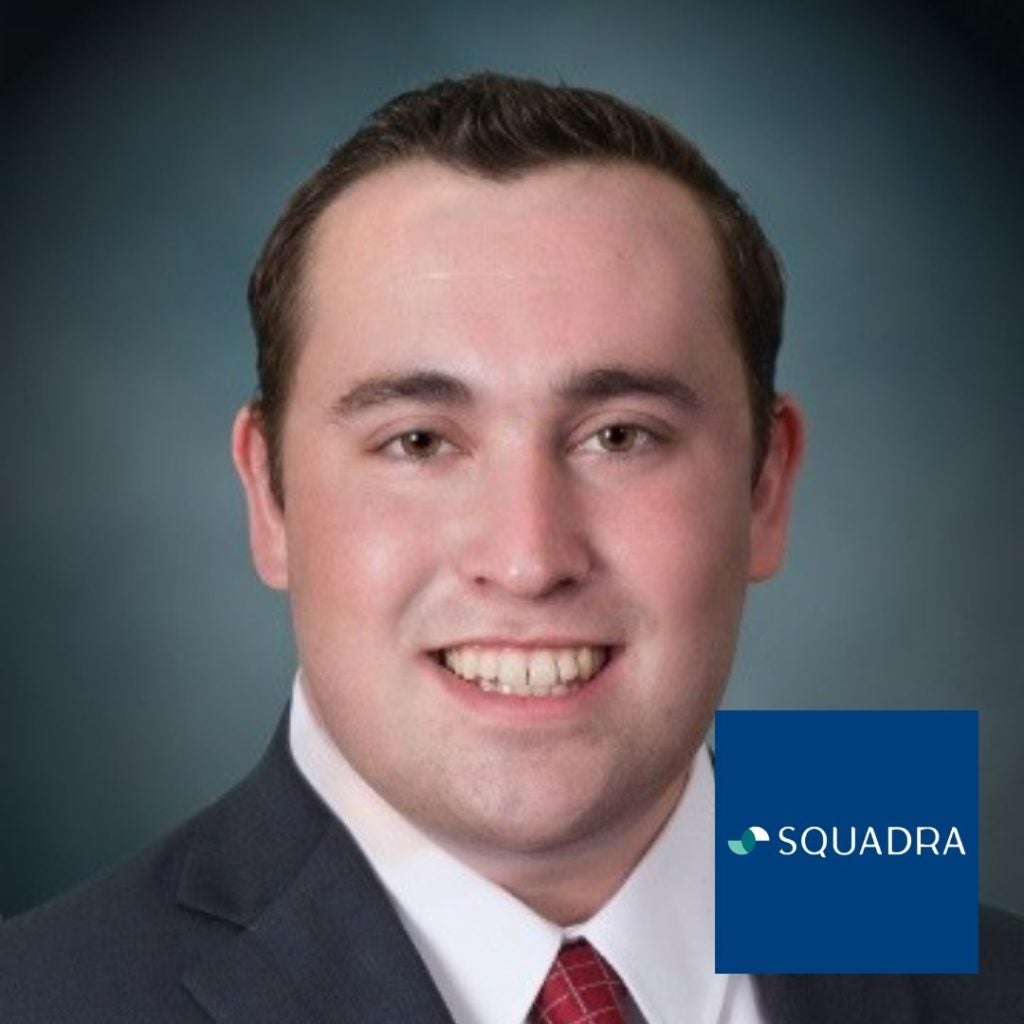 Prior to joining Squadra Ventures, Greg worked in investment banking where he focused on private placements in the energy and transportation sectors. During his time there, he was a senior member of the team, playing a crucial role in raising over $200M for both companies and funds. Greg has over seven years of experience within the financial sector, having worked in a variety of roles within fund research, client services, and investment banking. Greg received his B.S. in Applied Economics and Management from Cornell University and is currently pursuing his MBA from Georgetown University’s McDonough School of Business.

Squadra Ventures is an early-stage venture capital fund founded by experienced operators. The fund leads rounds and looks to apply significant resources, working hand-in-hand with the entrepreneurs, to help our portfolio companies win and leave a lasting positive impact on the world. The fund invests primarily in enterprise software, cybersecurity, and data analytics. Greg works as part of the Investment Team, helping to source, conduct market research, and perform due diligence for potential investments. 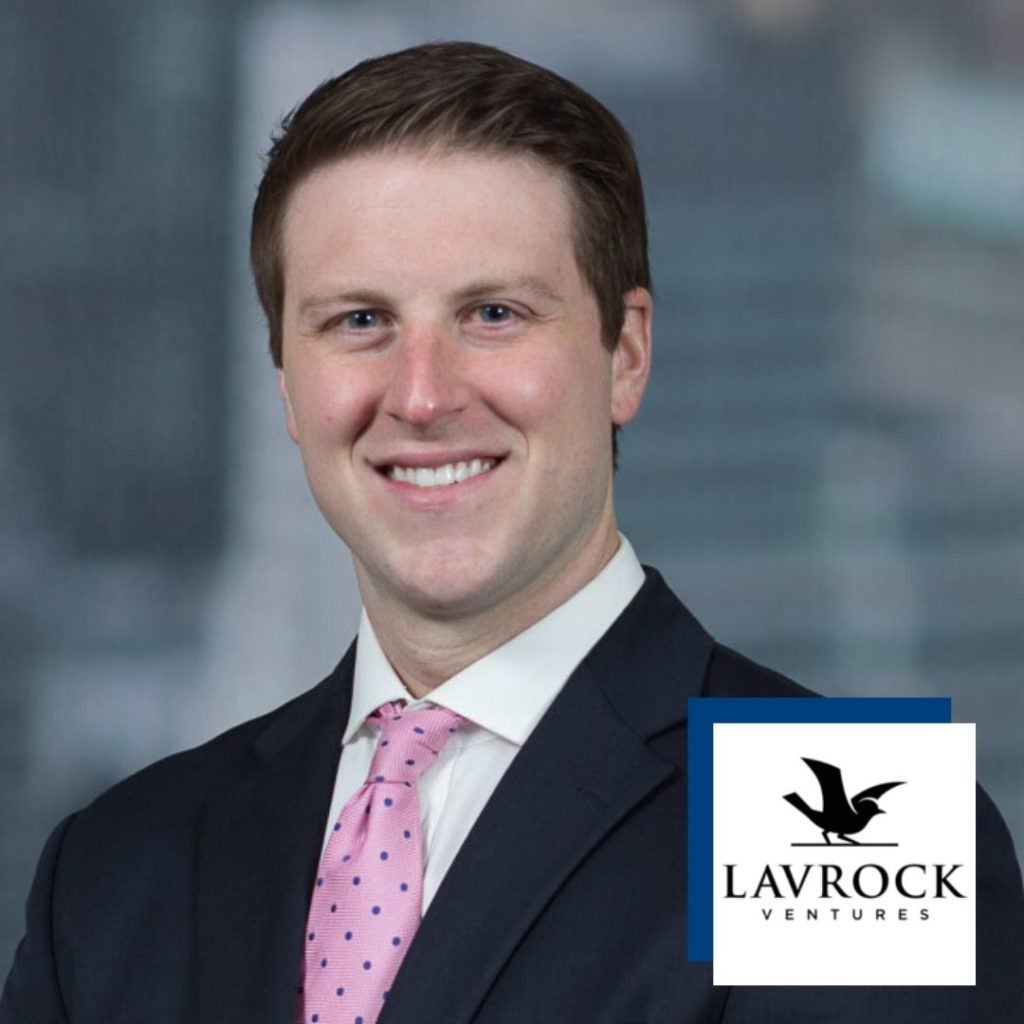 Prior to joining Lavrock Ventures, Kevin was a Vice President at JP Morgan Chase & Co, as part of an internal consulting team focused on improving the Bank’s regulatory and fiduciary controls. Prior to that, he was a Consultant with Deloitte Consulting LLP helping large scale clients solve human capital and technology related challenges. While pursuing his MBA at Georgetown, Kevin sits on the Student Government Board, is an active InSITE Fellow and is deeply involved in the Entrepreneurship & Venture Capital Club, where he serves a VP of Alumni.

Kevin hopes to leverage his experience at larger firms to improve portfolio companies increase efficiencies and navigate the Nonmarket environment as they scale.

Lavrock Ventures is a venture capital firm specializing in early-stage investments and often invests in commercial-focused technologies with potential relevance in National Security. Lavrock looks to identify technology companies at the intersection of enterprise software, cyber security, and national security. 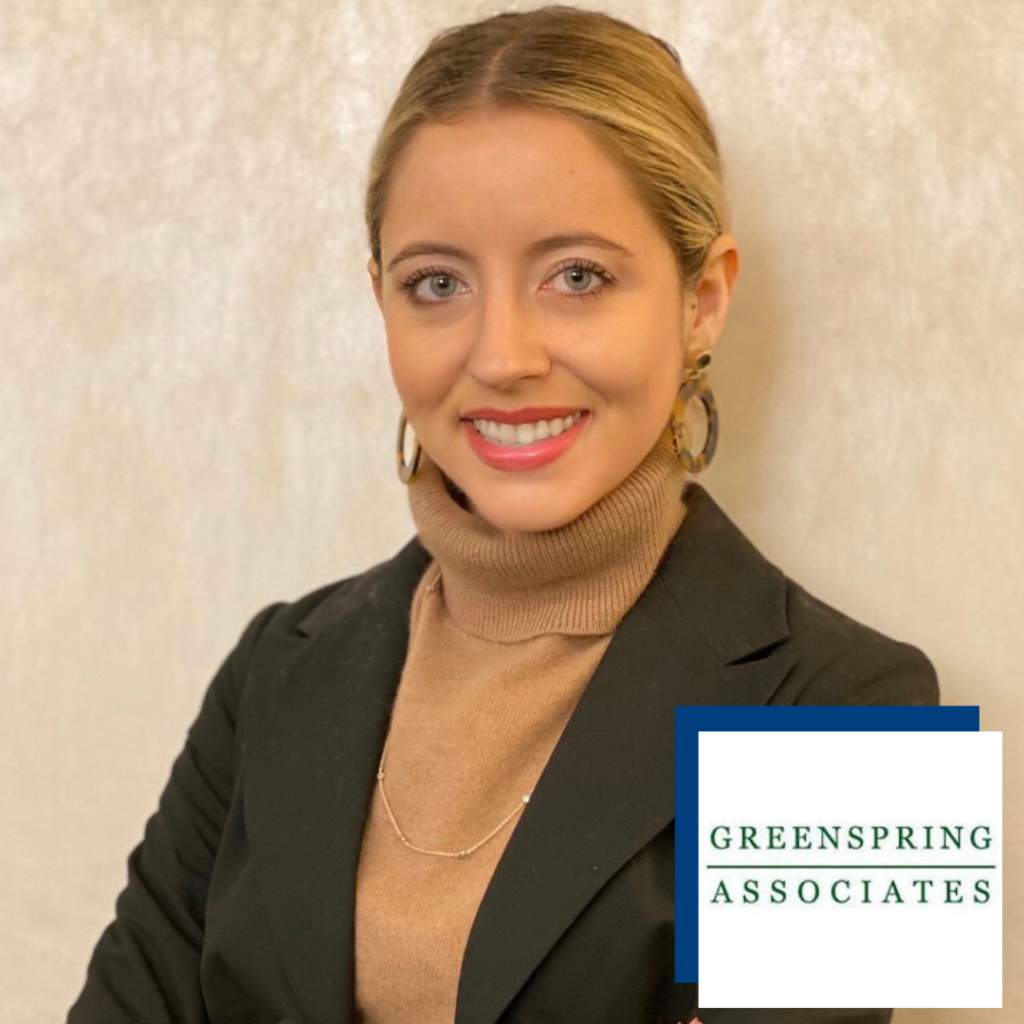 Prior to joining Greenspring Associates’s investment team, Natalie spent eight years in Chicago’s top Public Relations firms consulting on communications and integrated marketing for companies like P&G, Starbucks, Unilever, Hershey and State Farm. Natalie holds a Bachelor’s Degree in Advertising from Michigan State University and was nationally recognized as a “30 & Under Rising PR Star” by PRNews.

Greenspring Associates is a global Venture Capital Investor managing approximately $10.6 billion in committed capital. The firm invests in three distinct categories: venture funds of all stages, early and growth stage companies alongside our managers, and secondary opportunities. Greenspring’s mission is to serve as a value-added, lifecycle partner for fund managers and entrepreneurs on both a primary and secondary basis. 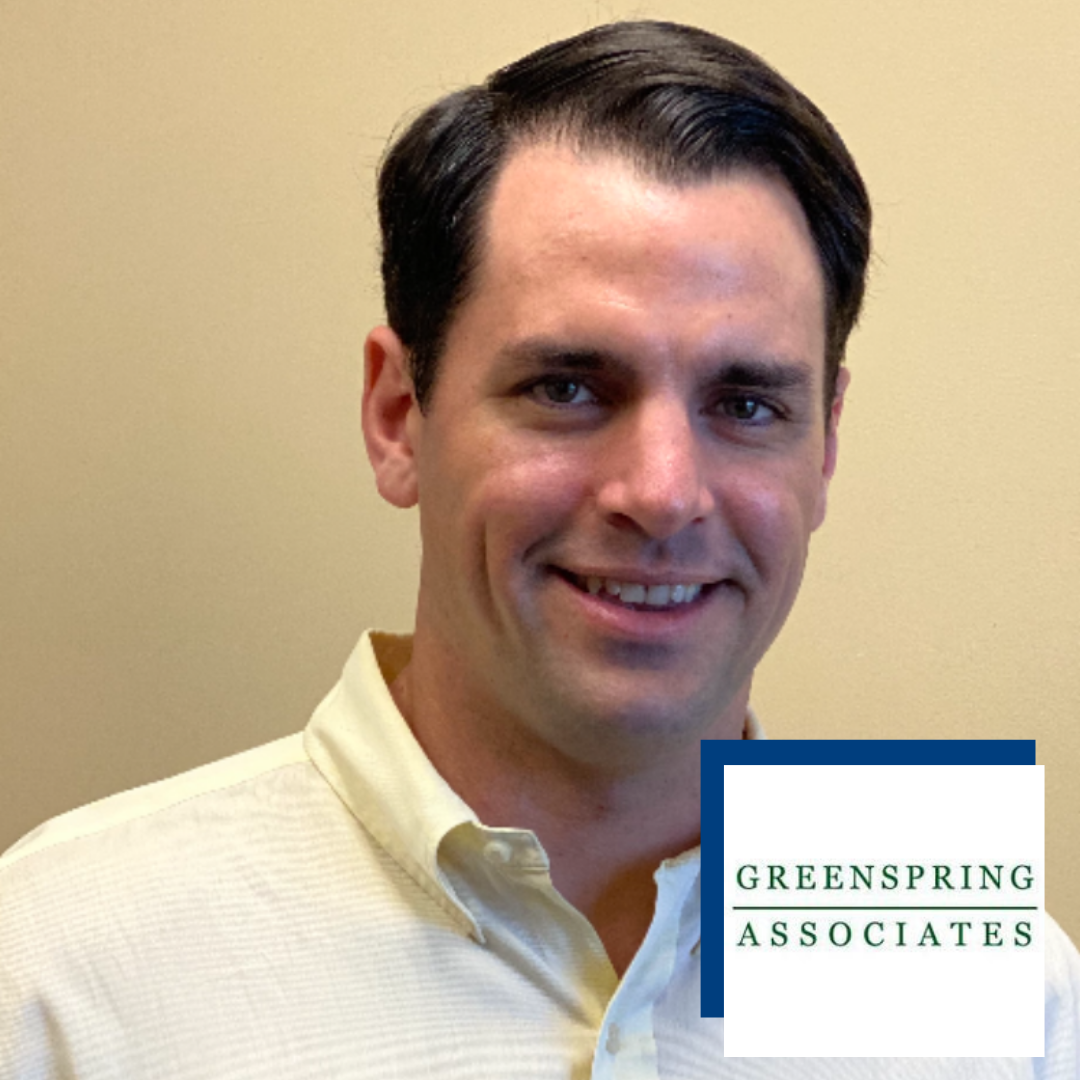 Prior to starting at MSB and joining Greenspring Associates’ investment team, Frank spent nine years as an officer in the U.S. Marine Corps. From 2015 to 2019, Frank served as a program manager at the Marine Corps’ Systems Acquisition Command. This position entailed leading small, multi-functional acquisition teams, working closely with commercial vendors as well as operational Marine Corps forces (the customer), and interacting with and briefing personnel at the highest levels of Department of Defense leadership. Prior to working in this role, Frank served as an infantry officer with 2nd Battalion, 1st Marine Regiment based out of Camp Pendleton, CA. While at this unit, Frank held the positions of Platoon Commander, Company Executive Officer, and Company Commander and conducted two overseas deployments.

Frank was interested in making a career shift towards private investing when he entered business school in the summer. His experience working with startups and small commercial companies on the buy side inspired his desire to continue working with these types of companies as an investor. The Venture Fellows Program offered the unique opportunity to gain a year’s worth of training and experience in Venture Capital while continuing as a full-time MBA student.

Greenspring Associates is a global Venture Capital Investor managing approximately $10.6 billion in committed capital. The firm invests in three distinct categories: venture funds of all stages, early and growth stage companies alongside our fund managers, and secondary opportunities. Greenspring’s mission is to serve as a value-added, lifecycle partner for fund managers and entrepreneurs on both a primary and secondary basis. 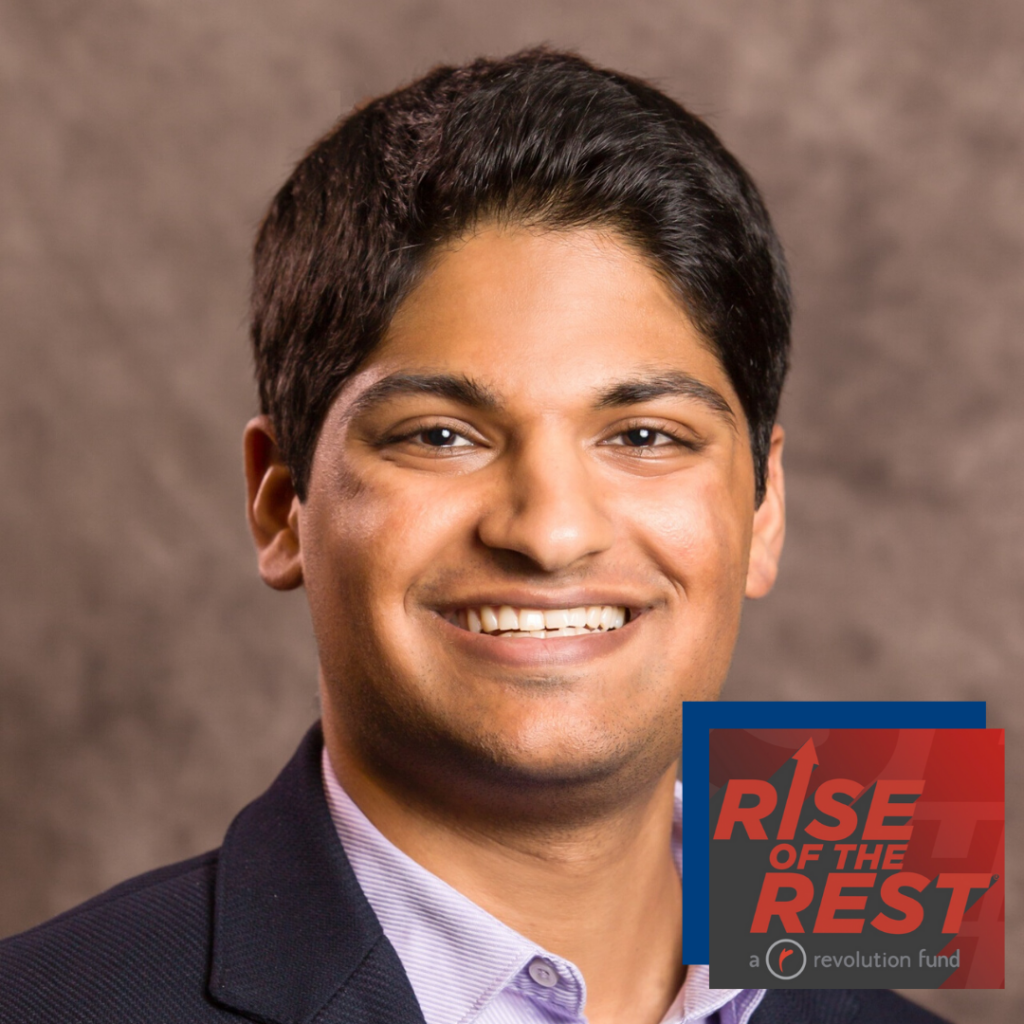 Prior to joining Revolution, Ayush was a Global Product Manager at Stryker Neurovascular. During his time there, Ayush led the product development and launch of novel medical devices, to treat brain aneurysms and hemorrhagic stroke. Prior to that, Ayush held Global Marketing and R&D roles at Stryker and J&J, where he developed, launched, and scaled minimally invasive vascular technologies for the treatment of peripheral vascular disease, abdominal aortic aneurysms, May-Thurner syndrome, and wide-necked intracranial aneurysms. Additionally, in a volunteer capacity, Ayush was the Co-President of Minds Matter San Francisco, an education non-profit transforming the lives of 90+ low income, high achieving high school students every year. Ayush helped scale the organization’s operational and fundraising capabilities, enabling it to serve more students today than ever before. He remains an Associate Board Member of the non-profit.

Ayush’s breadth of product management, global marketing, R&D, and leadership experience has enabled him to actively contribute to the D.C. startup ecosystem not only as a Venture Fellow, but also as an InSITE Fellow and as the VP of Partnerships for the Georgetown MBA Entrepreneurship & Venture Capital Club. Ayush holds a B.S. in Biomedical Engineering from Boston University and is currently pursuing his MBA at Georgetown University’s McDonough School of Business.

Revolution is a venture capital firm, based in D.C., that operates 3 main funds – Ventures, Growth, and Rise of the Rest Seed. The Rise of the Rest Seed Fund seeks to invest catalytic capital in the most promising seed stage companies located outside of Silicon Valley, New York City, and Boston. The fund’s thesis centers on the belief that some of the most compelling investment opportunities in the next decade will likely emerge from startups in cities all across the United States.

The MBA Venture Fellows Program is open to full-time Georgetown MBA students with permanent US work authorization. Fellows are selected in November/December and start in January. During the spring semester Fellows work approximately 10 hours/week (unpaid) for a venture firm in such tasks as due diligence, deal sourcing, and assisting portfolio companies. During the summer, Fellows work full-time as a summer intern in the firm (may be paid a market-rate wage, which varies by firm). When the fall semester starts, the Fellow and the firm have the option to continue a part-time work arrangement for the rest of the calendar year. There is no expectation or promise of full-time employment with the firm at the end of the Fellowship, though some of our MBA Fellows have secured post-MBA positions in venture capital through this program.

September-December:  Firms/Fellows may agree to continue Fellowship on a part-time schedule

For more information about the program, please contact Eric Young at Eric.Young@georgetown.edu