Think Big and Act Small – A Conversation with Entrepreneur in Residence, Luke Cooper 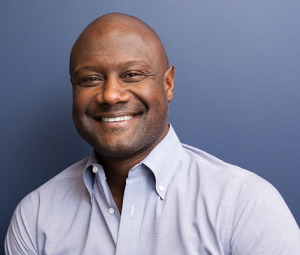 The inaugural Georgetown Startup Accelerator (GSA), which launched earlier this year, gave 12 startups and their founders access to some of Georgetown’s best entrepreneurial connections and learning opportunities. One of the many educational sessions was a workshop with Luke Cooper, one of Georgetown’s Entrepreneurs in Residence (EiR). In his talk with the 12 startups, Cooper discussed the entrepreneurial mindset and emphasized the importance of thinking big and acting small.

Cooper is the former CEO and founder of the venture capital-backed technology startup, Fixt. His idea was born from the simple yet common act of accidentally dropping his phone while on a bus. When every passenger looked at him to see if his phone was cracked, he realized that he wanted the phone fixed right away to continue with his day. Although that phone never made a full recovery, Cooper grew his idea to raise $7 million in Series A funding.  He has formed several notable partnerships to create a company that allows customers to set up convenient device repair or replacement by a Fixt technician immediately. In giving advice to the cohort, Cooper emphasized how critical being focused and intentional are in order for a startup to set themselves apart from competition.

Cooper went on to explore how the ventures should think about starting their company in reverse. For some, it may seem intuitive to build the product first, and then go see if your customer base likes the product. However, Cooper argues that it needs to be the other way around. A solid understanding of the customer base will allow a founder to build the best solution, as they are able to better identify the gaps in the market when it comes to that consumer’s wants and needs.

To start a business this way means a founder needs to hone their curiosity. Cooper notes that he has found it sometimes difficult for founders to get past any misconceptions or deceptions they might have about their market, customer base, product, and more. Thus, starting a business requires, according to Cooper, asking questions at every turn.

Even though a founder is supposed to question everything, that does not mean they are supposed to lose track of their intentions. In his conversation with the cohort, Cooper says that as a leader it is important to not tax your team with too many tasks at once. This means founders need to be considerate not only of their own time, but also of their team’s time. Cooper argues that this requires founders to be intentional with their actions, so they have a strong foundation to build on.

“You have to think big but you have to act small in a way that is going to encourage and allow for you to act big later,” said Cooper.

After their conversation with Cooper, the cohort was that much more prepared to tackle the ins and outs of starting a business. Learn more about the Georgetown Startup Accelerator’s upcoming fall cohort here.