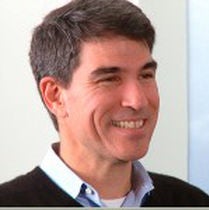 Co-Founder and Co-CEO of University Startups

He started and ran large international operating divisions in the US, UK and Japan over 22 years for multinational healthcare company GlaxoSmithkline PLC. He has started and advised numerous companies in biotechnology, environmental science and other fields. He founded Savenia Labs after inventing the first ‘smart’ labeling system for appliance energy efficiency, reaching millions of consumers. His latest company is University Startups, an ed-tech learning platform for under served high school students.

Named Maryland Entrepreneur of the Year in 2013 by the Maryland Clean Energy Center, his company Savenia was also named 2013 Maryland Incubator Company of the Year. In 2014, Savenia won two DOE SunShot Catalyst awards for Innovation and was named ‘Best For Environment’ by the non-profit B-Lab from 2015-2017.

Please use this form to send a message. We will get back to you shortly!