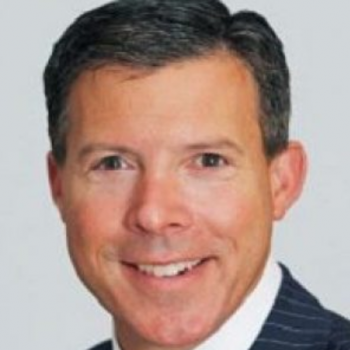 William Sonneborn is Senior Director at the International Finance Corporation, former president of EIG. Prior to joining EIG, he was a partner of Kohlberg Kravis Roberts & Co. and a member of KKR’s Management Committee. Sonneborn served as CEO of KKR Asset Management (the public markets side of KKR), as well as CEO and director of KKR Financial Corporation (NYSE: KFN), a publicly traded specialty finance firm. He also sat on the board of Nephila Capital, a $10 billion Bermuda-based hedge fund in which KKR purchased a stake in 2013.

Prior to joining KKR, Sonneborn was with The TCW Group, Inc., most recently as president and chief operating officer. Previously, he worked at Goldman, Sachs & Co. in New York and Hong Kong, where he focused on mergers and acquisitions for financial institutions. Sonneborn graduated with honors from Georgetown University. He is involved with a variety of non-profit organizations, serving as a director or trustee of the Georgetown University McDonough School of Business, Lucile Packard Foundation for Children’s Health at Stanford University, and the San Francisco Zoo.