The Power of the Basics 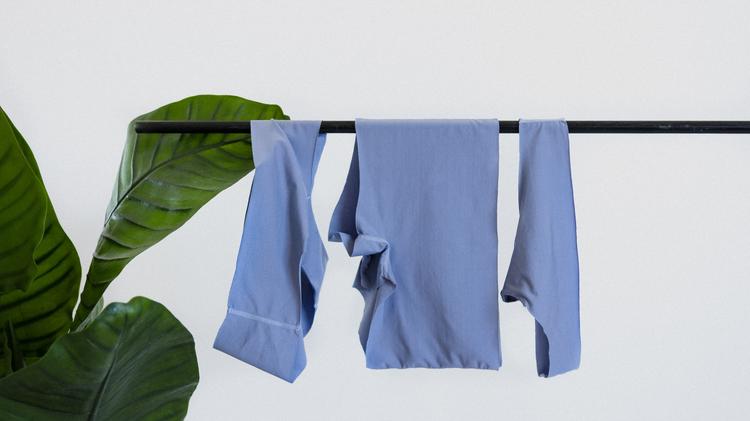 Life’s necessities: a warm place to sleep, food in your stomach, and clothes on your body. Grabbing a fresh pair of underwear is a normal part of the daily routine, but for those experiencing homelessness, this basic clothing item is often overlooked.

Sowmya Pelluru (SCS’20) first noticed this issue after moving to Boston, Massachusetts. As a newcomer to the city, she started volunteering at homeless shelters in an effort to get involved in her local community. It was at these shelters that Pelluru recognized the need for women’s underwear.

“I found out underwear is one of the most needed, least donated products in women shelters across the country,” Pelluru said. “Underwear is a basic need and is something that we know we have to go buy.”

Pelluru didn’t merely observe this problem; she also experienced it in her own way. When she moved to Boston, she accidentally left all her underwear behind in North Carolina. She dreaded going to the department store and scouring through the many bins of loose underwear. She felt that women’s underwear was often depicted on advertisements and displays as a sexual item for the male gaze, rather than a simple piece of clothing that should make you feel safe and comfortable.

“The industry has a specific narrative about what women should think about their underwear,” Pelluru stated. “How powerful would it be if we just showed women and girls that they don’t need to be rolling around in a bed in red laced thongs with bells and bows to feel worthy or feel pretty?”

Pelluru began building out the idea for a company that casts out stereotypes for women’s underwear. She started talking about her idea to her friends and coworkers; she even pitched it to strangers and women’s shelters. With experience in the high fashion industry, clothing manufacturing world, and branding expertise, Pelluru had a deep understanding of what it would take to launch the business.

Today, Pelluru is the proud founder of manakii, an underwear brand that focuses on stylish and comfortable underwear to allow the wearer to focus on their lives rather than worrying about a basic need.

“I want to build a company that makes people feel seen and allows them to uplift others along the way,” Pelluru said.

While she received positive feedback for the brand launch, she wanted to go a step further by incorporating a buy one, donate one model. Pelluru has successfully partnered with shelters dedicated to giving women access to clean underwear.

“I’m so passionate about it, but I can’t do it all. I currently partner with a nonprofit out of Massachusetts to deliver true impact,” Pelluru explained. “It is important to me that I work with people who are experts on the ground and who truly care.”

As a graduate of the Georgetown Startup Accelerator’s (GSA) 2021 Fall cohort, Pelluru is excited to be back in the Georgetown community as she continues to grow manakii. The GSA is a nine-week accelerator program that connects alumni founders of early stage startups with industry experts, top-tier mentors, a community of peer entrepreneurs, partner services, and other valuable startup resources.

“The community of Hoya entrepreneurs in GSA was extremely knowledgeable and supportive. I highly recommend GSA for anyone looking for that extra push while starting a company” said Pelluru.

Grab a pair of undies for yourself, sister, girlfriend, mom, or friend at manakii’s online store. Pelluru encourages readers that have the means to donate to a local women’s shelter in their city.